Attendees of the 2012 Austin City Limits Music Festival will get an authentic taste of Austin, thanks to this year’s 30+ onsite food vendors. From HOPE Farmer’s Market to Maudie’s TexMex, festival-goers trekking across the forty-six-acre park will have plenty of opportunities to sate their foodie appetites! Check out the vendor list below, complete with short bios, complements of the ACL official website…

– Established in 1999, Austin’s Pizza has 12 Austin area locations: Westlake, South Austin, UT area, Central Austin, North Austin, Cedar Park, Pflugerville and Round Rock. Fresh-made sauces, no preservatives and 29 different toppings and cheeses are just some of the reasons Austin’s Pizza is known and loved by Austinites. 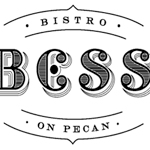 – Bess is an authentic bistro in the Stratford Arms building at 500 West Sixth Street, Austin’s Old Pecan Street. Originally the Stratford Apartments built in 1918, the vintage building’s old bank vault is Bess’ kitchen, a treasury of great food. Bess Bistro’s food centers around the idea of simple, savory and seasonal flavors. The menu’s common thread is the passion of our chefs. Taking a hint from our New Orleans neighbors to the East, our “Creole and Comfort” offerings run the gamut from delicious seafood creations to high quality cuts of beef.

– Austinite Jack Fennell first discovered pies while living in Sydney, Australia. An Australian icon, these handheld, flaky pastries are filled with delicious meats and vegetables. Jack decided to bring a taste of Australia back to America and opened Boomerang’s Pies in 2006. Boomerang’s focus is not only on convenience, but quality. Our pies do not contain trans-fat, artificial flavors or colors, MSG or preservatives. Boomerang’s pies provide a gourmet, delicious alternative to other fast food options. We strive to make real food, Aussie-style.

– Children of the Kettle Corn (COTKC) was founded in 2002, by owner Catrina Allan, out of Austin, Texas. Our Kettle Corn is Organic, Vegan and Gluten Free, a lighter snack that stays around all day and can be shared amongst the entire group! There is no food option that has seen more bands that our Large Bag of Kettle Corn!!! 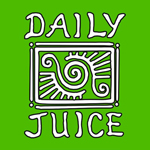 – Born in 2003 of the fresh, cool spring water of Barton Springs, deep in the heart of Austin, Daily Juice is freshly squeezed, all-natural and as local and organic as possible. We are a cosmic family co-creating the best selection of living foods liquid and otherwise. Celebrate with us at the fountain of juice. We enjoy offering this service for your mind, body, and soul. 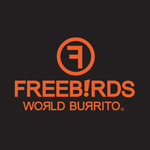 – It all started in ’87 near the beach in Santa Barbara, California when two ex-hippies figured out how to roll some awesome burritos using fresh-chopped veggies, house-made rice and beans, and of course grass fed beef and all natural chicken. Students at UC Santa Barbara quickly adopted FREEBIRDS as their own. Four years later, FREEBIRDS rolled into College Station, Texas where the Aggies at A&M got a taste of the soon-to-be legendary FREEBIRD & Monster burritos. And today, FREEBIRDS is spreading its wings and expanding across the country.

– Fort Worth, Texas chef Tim Love is known as much for his freewheeling personality as his signature urban western cuisine. As chef and owner of The Lonesome Dove Western Bistro and The Love Shack, he’s as comfortable cooking for the Dallas Cowboys as he is for his own kids, and his inspired and innovative dishes have earned critical and popular acclaim. In 2000, Love opened The Lonesome Dove in the historic Fort Worth Stockyards district, earning his reputation as a veritable meat master for his preparations of everything from steaks to rabbit, wild boar, kangaroo, elk, and even rattlesnake. In 2007, Love opened a classic burger joint called The Love Shack, also in the Stockyards, and it was another instant hit. 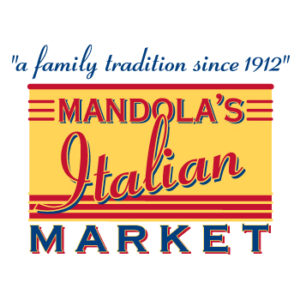 – Mandola’s Italian Market was founded by Damian & Trina Mandola. Their passion for excellent food and service along with a love of the traditional Italian marketplace lead them to fulfill a lifelong dream and eventually create Mandola’s Italian Market. With a heartfelt desire to preserve the Italian-American experience, Damian & Trina have created a place to enjoy simply prepared family recipes that have brought friends and family together for generations. Mandola’s is an authentic Italian grocery with hard-to-find Italian imports. It is a place to gather and enjoy great food with warm Italian hospitality.

– Odd Duck Farm to Trailer: Bryce grew up in Austin, first gaining restaurant experience in his father Jack’s kitchen of Z’ Tejas Grill. After working at the Austin favorite for a few years through high school, Bryce got his culinary degree from the California Culinary Academy in San Francisco. A stint in Aspen at the reputable Montagna at the Little Nell provided Bryce with more knowledge to fuel his passion for using local sustainable ingredients. With “Farm to Table” experience at multiple restaurants around the country, Bryce decided to take that concept to a different venue back home in Austin.

– Chef James Holmes is the owner of Olivia, named one of the “Top 10 Best New Restaurants in America” by Bon Appétit magazine, and the soon to open Lucy’s Fried Chicken. A graduate of the University of Oklahoma and The Institute of Culinary Education, Holmes began his career working in restaurants in New Mexico, New York City and France. Chef Holmes lives in Austin, Texas with his wife and their two daughters.

– Pureheart: Offering real food, really fast, we have devised a menu that pleases festival goers time and again. The classic beef and lamb gyro covers the hearty appetite, while Mediterranean gordita is the veggie lover’s delight, and finally the vegan crowd can enjoy our popular Greek salad, which has been voted best-in-show for years. 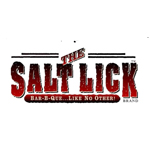 – Executive Chef George Jacquez is originally from sunny California. George learned his trade from his parents who were both chefs. “I learned from the school of hard knocks”, Jacquez says. It is at the Red Rock Casino where George met the owner of The Salt Lick, Scott. George knew that if he ever left Las Vegas, Scott is who he would want to work with. Having roots in San Antonio, Chef George moved his family to Austin in March and is now the Executive Chef and Director of Catering/Special Events for The Salt Lick.

– In 1995, C.B. Stubblefield founded Stubb’s BBQ Restaurant at the current location, 801 Red River in Austin, Texas. The historic building dates back to the 1850’s when it was built by Mexican stone masons. The building was once home to the “One Night” club, where many (now famous) musicians got their start. After 2 years of hard work preparing the restaurant, the doors were opened and Stubb’s BBQ hosted its very first musical act. From then until today, Stubb’s BBQ Restaurant and Waller Creek Amphitheater have become nationally recognized for food and music. The restaurant and music venue are now Austin landmarks.

– Sweet Leaf Tea was founded in 1998 in Austin, Texas by Clayton Christopher when he couldn’t find a bottle of iced tea that tasted like the delicious, sweet tea his grandmother used to make. A year later he shared his vision with his childhood friend, David Smith, and the two began officially producing the first batches of Sweet Leaf Tea. Made from all-natural ingredients, including purified water, organic cane sugar, and high-quality organic tea leaves, Sweet Leaf Tea is a refreshing gulp of homemade goodness.

– In 2002, the Austin City Limit Music Festival contacted Hudson’s owner Chef Jeff Blank to help them spearhead their efforts to entice local restaurants to join the festival’s food court. Blank began to experiment with the famous Hot ‘n’ Crunchy breading on a variety of foods. Chicken proved to be a good, festival-friendly candidate–delicious, popular and relatively inexpensive. He wrapped the chicken in a tortilla, popped it into a paper drink cone (to make it easier for festival-goers to eat and walk to the next stage), topped it with a mango-jalapeno slaw and ancho sauce, and Voila! The Hot ‘n’ Crunchy Chicken Cone was born. In March 2009, The Mighty Cone on South Congress Avenue opened.

– Often touted as “the most efficient kitchen in Austin”, The Best Wurst has been a staple fixture of Austin’s 6th Street since the early 90’s. Voted Best Street Food in the Austin Chronicles Readers Poll two years running, The Best Wurst also lays claim to being perhaps the oldest mobile vendor in Austin. This stand at 6th and San Jacinto is a genuine Austin Institution and has been recognized by the Food Networks Guy Fieri, Rachel Ray, and has been featured on the Tonight Show, MTV and National Public Radio.

– Tiff’s Treats was started in 1999 by two University of Texas students and for over a decade Tiff’s Treats has been delivering warm cookies in the Austin and Dallas areas. Tiff’s Treats strives to be the best in the world at what we do and provide our customers with the best in quality of product and service. 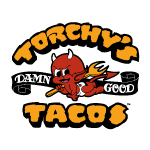 – Who says you need a business plan to start a taco joint? With a head full of ideas and a slight ache from partying throughout the summer, Michael Rypka left his fancy executive chef job to chase his dreams. He soon found them in Austin with a newly-acquired food trailer and a red Vespa scooter. Houses were mortgaged. Credit cards were maxed out. A partner by the name of Bill was convinced to join Michael’s passion for food. Torchy’s Tacos opened on Bouldin Creek at South 1st. Today they operate several stores and a trailer park. They’ve won a bunch of cool awards and had write-ups and videos spread across the nation.

– Wahoo’s Fish Taco has been rockin’ Austinites for more than five years with healthy, affordable food, great service, and a fun atmosphere. We are most known for our fish tacos but we also bring lots of other great tasting items to the table.

Austin REALTORS® at Regent Property Group support ACL and homegrown Austin food vendors. They also help home-buyers stay on top of the latest in Austin Luxury Home trends. If you’re on the lookout for an Austin home for sale, check out Austin Home Search!

See how ACL protects the environment.

See the Food of ACL.